Spirit of Olympia - Music of the Olympic Games

NOOSA CHORALE’S GOLD MEDAL OLYMPIC CONCERT - in a glittering gold medal program the Noosa Chorale, conducted by Adrian King and with Noosa favourites, Hungarian soprano Judit Molnar and former Ten Tenors’ David Kidd, will perform some of the timeless music and songs from the Olympics since 1896.

Giant screens on either side of the stage will show rare photographs of historic Olympic moments.

The concept is particularly timely as the Olympics are being staged in Tokyo in July and August this year. 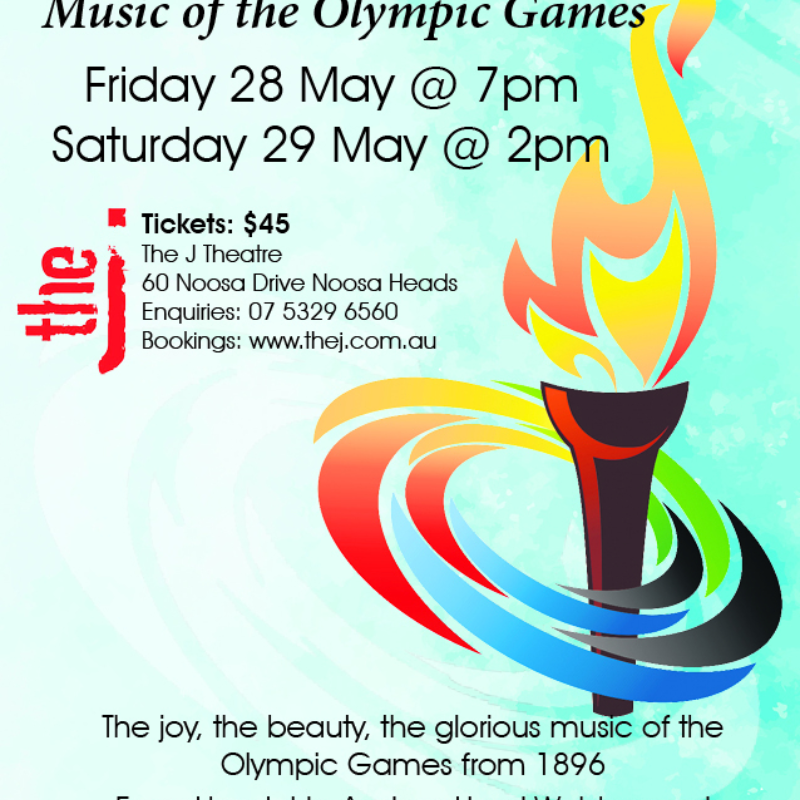