Australia Day is a no-holds-barred satirical look at how we celebrate the pride of our national day. The play, opening at Noosa Arts Theatre on 7 April, takes place in a fictional town called Coriole where we meet a cornucopia of crusty characters whose job it is to get the town event going.

It’s a no-brainer right? Wrong! Anyone who has ever served on a committee will instantly recognise some hilarious, awkward and frosty moments, and understand how frustrating it can be to have an array of differing opinions to piece together something that will work for everyone … offence. Sausage sizzle?

Of course there's some dialogue which will definitely be a conversation starter on various hot potato topics, but all in all it's just good, clean fun with ordinary, salt-of-the-earth Aussies.

The play was written 10 years ago by Jonathan Biggins who is an Australian actor, writer, singer and director. He is well known on the small screen and in theatres around the country. Many will remember his recent acerbic The Gospel According to Paul stage show about Paul Keating.

For more information and to book, go to www.noosaartstheatre.org.au/australia-day 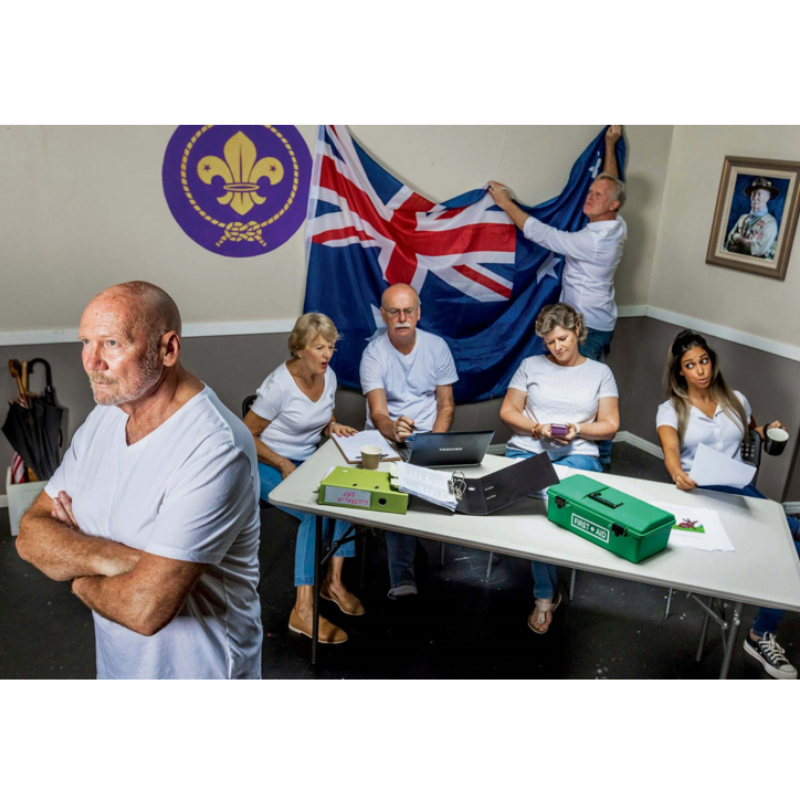