Heads of Noosa Brewing Co. is set to release a brand-new beverage to market that has never been created commercially in Australia before. It’s a zero sugar, zero alcohol, sparkling, hop-infused water called Hop Valley H2O.

With the demand for more health-conscious, zero sugar beverage options growing at a rapid rate, the brewery saw an opportunity to fill a gap in the market that had never been done before in Australia. The versatile drink offers a number of advantages as a healthier option over sugar-laced soft drinks and even most flavoured waters. It also doubles as a great mixer, particularly with gin, if you’re in the mood for something stronger.

Having focused entirely on brewing beer to date, this endeavor is something new for the relatively young brewery in Noosaville. Hops are one of the four key ingredients in brewing beer and are primarily used to contribute bitterness but also a wide array of flavours and aromas. The Hop Valley hop blend boasts a range of citrus notes.

Director of Heads of Noosa and brains behind Hop Valley H2O, Craig Masterton, said having an affinity with this ingredient meant it was quite natural for the brewery to play around with infusing hops into sparkling water.

“Being brewers, we’re constantly interacting with hops, so it made sense to use them as a flavouring option for this project,” says Craig. “We’re seeing that Hop Valley H2O appeals to beer drinkers but equally non-beer drinkers, as it boasts subtle fruity notes with little bitterness. Some can’t believe it doesn’t contain sugar, which just goes to show what a special ingredient we’re working with here.”

Hop Valley H2O will be rolled out to select bars and restaurants on the Sunshine Coast to gauge feedback from consumers and see where the product best sits in-market.

“It’s something most people have never heard of let alone tasted before so we’ve really got our work cut out for us educating people and getting them to give it a try. We’re confident in the product we’ve produced so are really excited to see how it goes.” 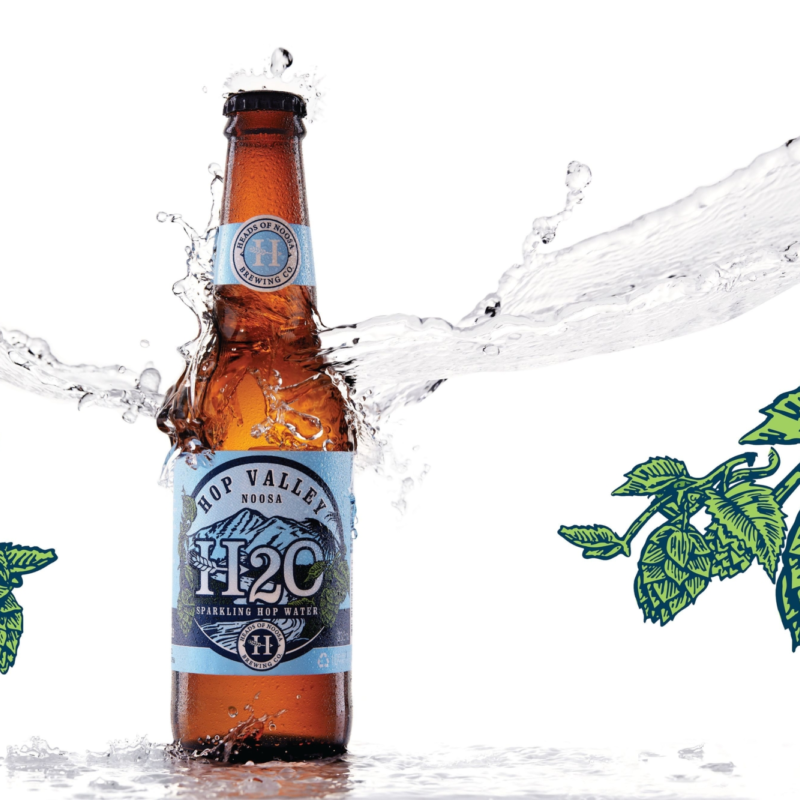