Craft beer and rum lovers will be excited to hear about a unique creation from the brew crew at Eumundi Brewery, who have collaborated with the Bundaberg Rum Distillery to make what is a very Queensland beer – the new ‘Eu-Bundy IPA’.

“It’s a classic IPA with an assertive yet balanced bitterness and light malt body, and a hearty helping of Bundaberg Small Batch Spiced Rum,” said Chris.

“The rum, with its sweet dried spice nose of cinnamon and clove pair perfectly with the citrus nose from a heavy load of Citra hops, all finished off with a gentle addition of local ginger from both Bundaberg and Eumundi.”

Excited by the collaboration, Chris said the partnership brings together the best of two Queensland producers – Eumundi Brewery and the Bundaberg Rum Distillery – both with strong local legacies.

“While beer and rum are from very different drink spheres, we wanted to create some magic by bringing the two together in one glass. I felt confident it would work, and I’m happy to say that taste tests tell us the union of flavours is indeed a winner.”

Duncan Littler from the Bundaberg Rum Distillery was equally excited to welcome the new brew.

“Finally, we can deliver a rum-influenced IPA to the beer lovers of Queensland! And we’re proud to have teamed up with a crew that has such a strong local footprint to do it. The opportunity to create Eu-Bundy IPA was a fun and interesting way to stretch our creative legs using our globally awarded Small Batch Spiced Rum, as well as bring our iconic rum to more Queenslanders. Now there’s no need to choose between the two!” he says.

So where can those who love a beer and a rum (it really is the best combo!) sample the new brew?

Eu-Bundy IPA will launch at The Imperial Hotel Eumundi on Saturday 14 November 2020 from 3 – 5pm, with 40 guest spots up for grabs. For competition details, visit www.facebook.com/eumundibrewery. Competition kicks off Monday 2 November and closes Sunday 8 November 2020.

The new beer will be on tap from mid-November at a number of hotels and bars throughout Queensland. A limited number of cans of Eu-Bundy IPA will also be available for sale from the Bundaberg Rum Distillery and through The Imperial Hotel Eumundi from Sunday 15 November. 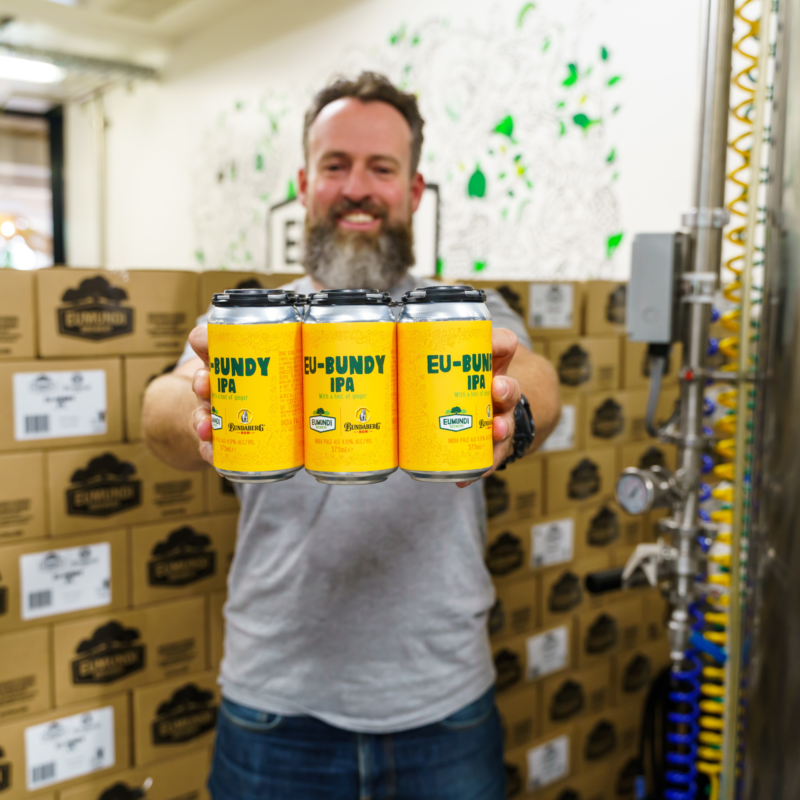