The brewers at Eumundi Brewery love conjuring up new recipes and flavour combinations for their seasonal beers. Keen for some new inspiration, they are throwing out the challenge to Sunshine Coast beer-lovers to get creative with the launch of the ‘Brewed By EU’ competition.

Head Brewer Chris Sheehan says the challenge is to create a beer that is inspired by Eumundi and the Sunshine Coast.

“For some it might be a particular place, be it the surf or the hinterland; maybe the coastal vibe; or perhaps it’s a particular song that really captures the essence of what it means to live here,” Chris says.

“It’s also important to give your beer a name that will really resonate with beer drinkers across the Sunshine Coast - one that tells us what inspired your thinking, or makes us laugh.

“And when you’ve come up with the concept, think about some suggestions for ingredients and a type of beer – be it a lager, ale, sour, stout – that, when brewed by us, will translate into a beer that can be enjoyed by visitors and locals alike.

“By way of example, some of our seasonals to date have included the Autumn Spice Ale made with local honey and turmeric, or the Cannabock, a German lager infused with hemp. We’ve also partnered with locals to make a Coffee Porter with Eumundi Coffee Co, and a Macadamia Dunkel we called Mac Dunk with Nutworks.”

Chris says entrants need to be 18+ beer-lovers residing on the Sunshine Coast. Entrants do not need to know how to brew beer as the actual brewing will be done by the team at the Eumundi Brewery.

Crafty beer lovers keen to enter the competition can register their ideas at eumundibrewery.com.au between Monday 19 April and Sunday 9 May.

The Eumundi Brewery team will then choose two shortlisted beers as the finalists – which will be announced on Eumundi Brewery’s social channels and website.

“We will then brew two 20L kegs of the two finalist beers to go head-to-head in a public vote and tasting on Saturday 26 June at the Hinterland Craft Beer Festival at The Imperial Hotel, home of the Eumundi Brewery,“ Chris says. “People can also vote without trying the beer or attending the taste-test event – but most importantly all votes need to happen via the Eumundi Brewery website.”

The final voting period starts Saturday 26 June and ends Monday 11 July, with the winner to be announced at a Brewed By EU Launch Party at The Imperial Hotel on Saturday 21 August.

And there’s a BREWtiful prize up for grabs for the winner of the best beer idea - $5000 cash and one carton (24 x 375ml cans) of Eumundi Lager or Pale Ale per month for 12 months to share with friends! Anyone who votes on the two shortlisted beers will also be entered to win the first carton produced of the Brewed by Eu winning beer, a $250 voucher for the Imperial Hotel Eumundi, two cartons of Eumundi Lager or Eumundi Pale Ale, five tickets to attend the Brewed by EU’ launch Party, and other Eumundi Brewery merch. 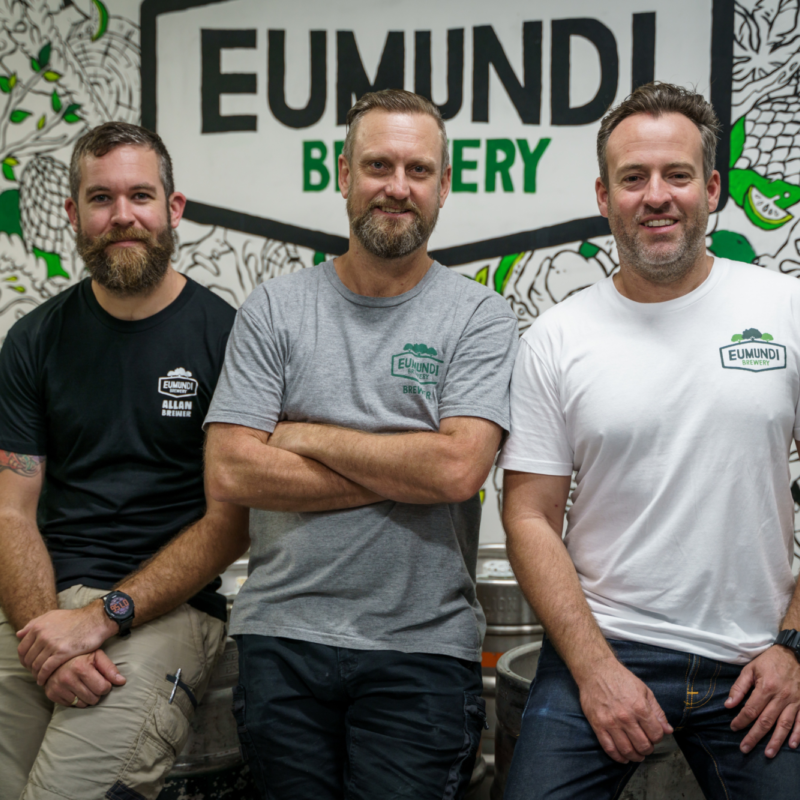